LTL Transit times may be extended an additional 2-days during this time. We apologize for the inconvenience.  Read more 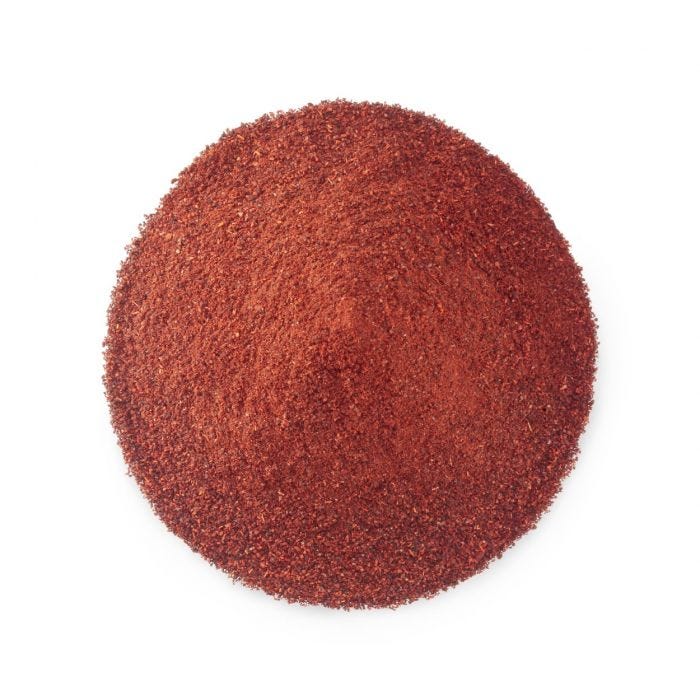 Chipotle powder is made from ripened jalapenos that have been dried and smoked — giving the pepper its distinct taste. While jalapenos are picked off the vine right away, the jalapenos that are made into chipotle peppers are kept on the vine longer, until they ripen to a deep red color and begin to dry out. Chipotle powder is a medium-heat, smoky-tasting dark red powder created from the grounded dried chilies.

The peppers are primarily grown in Véracruz, Oaxaca, Sinaloa, Chihuahua, South Texas and Southern New Mexico. At Olam, our chipotle peppers are grown in Mexico, where we have relationships with trusted growers, then taken to our facility in Las Cruces, New Mexico to be processed into chipotle powder.

The name chipotle derives from the Nahuatl word chilpoctli, which means “smoked chile pepper.” They can be traced back as far as the time of the Aztecs, who smoked jalapenos to prevent the thick flesh of the chili from rotting, which would happen if it were left to completely air dry. The Aztecs used this process frequently, because it allowed food to be stored for longer periods of time.

This preservation method was primarily used by the Aztecs until Spanish explorers discovered it and spread it to North America and abroad in the 1500’s.